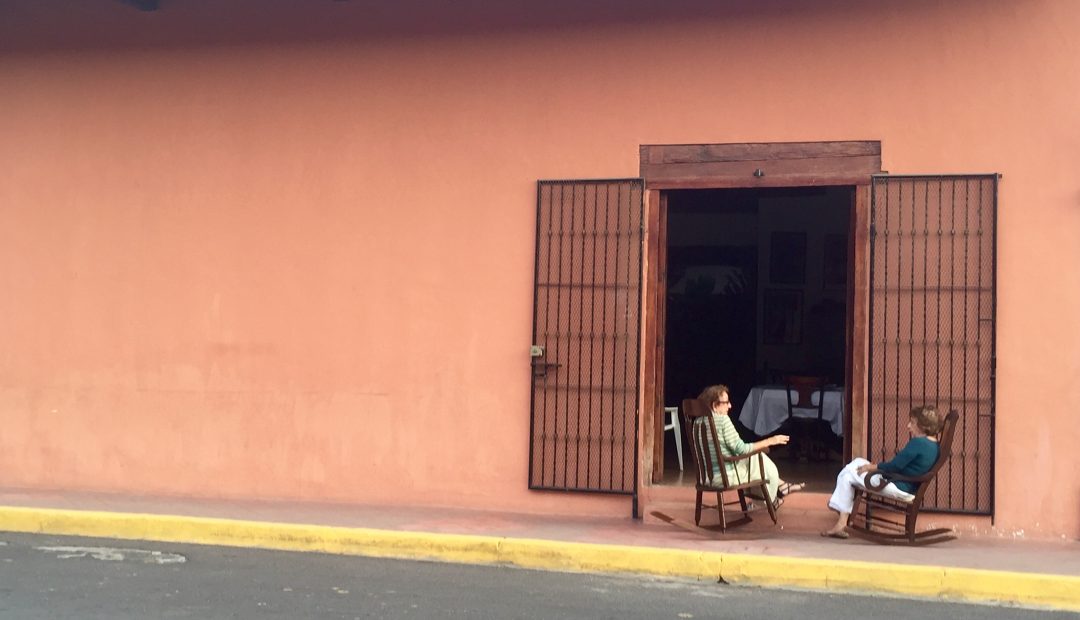 Oh Granada! With your rainbow colored colonial-style buildings and an equally vibrant mentality to match, it is no wonder you are a consistent favorite for Central America travelers.

Sidebar: One of the oldest cities in Central America, Granada, Nicaragua was first colonized in 1524 and named after the ancient Spanish city of Granada.

Granada is known for its expertly woven hammocks, hand-rolled cigars and incredibly awesome people. But if there’s one thing that stands out the most to me in this dynamic city, it’s that the people of Granada know how to rock.

Leisure time is taken seriously in Granada and on any given day, there’s not a “Calle” you will walk down where you won’t hear music playing, feel the energy of the children gallivanting in the street and see the people rocking out – rocking, that is, in rocking chairs.

If ever a place was to designate an official piece of furniture, for Granada, it would be the rocking chair. They are everywhere – in homes in place of sofas, in bars, restaurants and hotel lobbies and of course, on every sidewalk on every street (or so it seems).

High-quality woodwork is a long-standing tradition in Nicaragua, and especially in Granada’s neighboring town of Masatepe, where skilled woodworkers hand craft the swinging seats which can be purchased for as little as $20.

Of course, there is more to Granada than just chilling in a chair and rocking. No visit to the city is complete without spending some time at –

With no shortage of things to see and do in Granada, it a destination city for some. And its close proximity to Managua and other popular Nicaraguan cities makes it a pass through city for others. No matter what brings you to this spirited city, no visit to Granada would be complete without taking some time to do as the locals do – so rock on cheeky travelers!

Have you been to Granada? Do you think it rocks as much as I do? Drop a comment below.

The Day I Drank Coffee From Beans Shat From a Cat