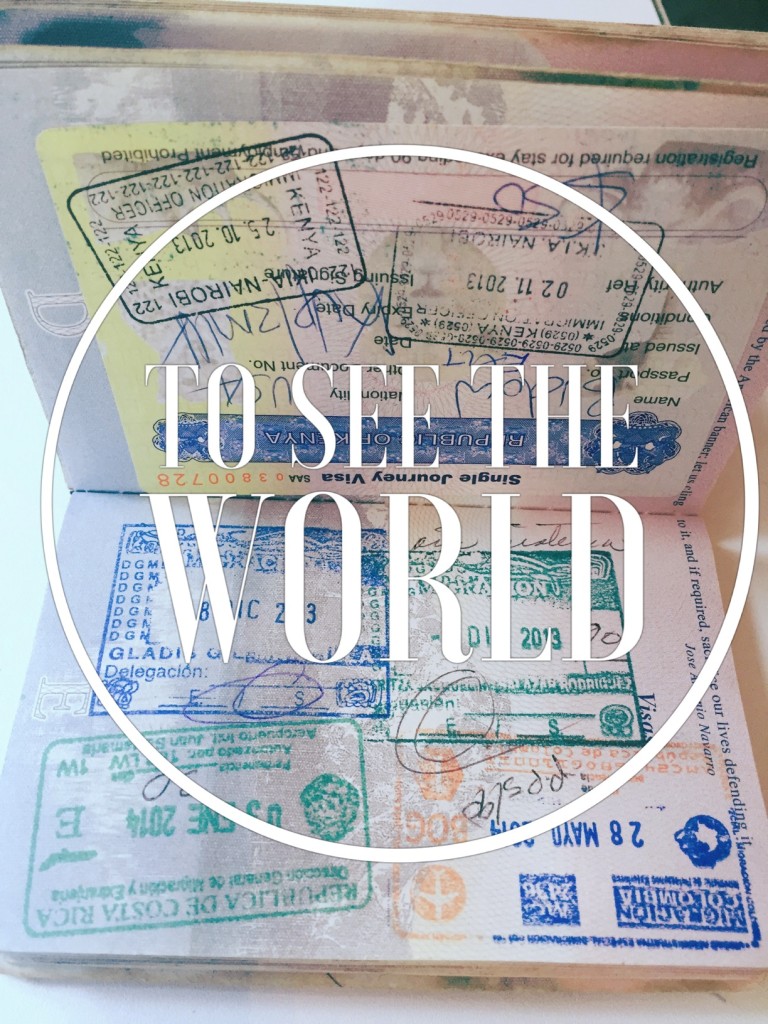 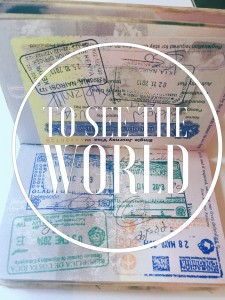 For years, I surrounded myself in backpacking culture. I have previous backpacking experience with a trip around Western Europe after college and for years prior to my RTW, spent countless hours pouring over travel blogs and immersing myself as much as possible in the world of long term travel. Add to that actually doing it for a few years and it’s easy to see how this type of lifestyle became second nature for me.

Upon returning to work, I received an email from a co-worker with a list of questions about my trip. They covered a broad yet comprehensive range of topics – finances, accommodations, language, clothing, people, etc. – and it occurred to me that she may not be the only one seeking a more generalized, foundational understanding of what it was like to travel continuously for 22 months. So with that in mind, here is part 1 of a 2-part series providing the answers to 16 basic questions about backpacking around the world.

1. Explain how your plane ticket worked.

I bought a one-way ticket to Perth, Australia, where I began, and I winged it from there. I had no itinerary and no other plane tickets! Traveling for a longer period of time allows you, if you are willing, to not have to plan so much, if at all. Last minute, one-way plane tickets are far cheaper outside of the US, where 21-day-in-advance pricing and unaffordable last minute fares render spontaneity almost impossible.

It was extremely easy to plan each leg as I went. I typically opted for the cheapest method of travel, often meaning busses and trains for overland segments. When I did fly, which ended up occurring far more often than expected, getting last minute cheap fares was always possible.

If you’re cringing at the thought of winging it, however, fear not! There is a real thing called a Round-the-World plane ticket! A variety of airline alliances and specialized travel agencies offer round-the-world ticket options that allow you to fly to multiple cities and continents within the same trip. This type of ticket can help save money as compared to purchasing individual flight legs as you go.

The most common RTW tickets include a continent-based fare, where you choose in advance how many continents you will travel to; a distance based fare, based on the total distance traveled throughout your trip or a stop-based fare, allowing for between three and twenty stops at different airports.

The options and customizations are seemingly endless; however, there are limitations: the ticket is good for only one year; there are minimum and maximum stops permitted; and you can only travel in one direction – no backtracking.

I opted against a round-the-world ticket – I was perfectly comfortable having no itinerary and no plan, not to mention I knew I would be traveling longer than one year. While this is an excellent option for some, it was not the right option for me.

2. Realistically, how much money do you need for a trip like this? Did you run out or was your budget planning sufficient?

I hate to sound like a lawyer here, but the answer to first question is, of course, “it depends.”

How much money one needs for a trip like this runs from $10,000 a year (this is my opinion on a realistic minimum. That said, I know there are people out there doing it for even less!) to $100,000 or more depending on your individual needs. The variables are endless.

For me, I planned an 18-month budget backpacking trip (less expensive countries, hostels, street food, cheaper transport, etc.) and based my trip allowance on the $50 a day idea. Rounding up and padding for off-budget excursions, I came up with a total trip budget of $35,000.

In the end, my budget planning was far better than sufficient and I was able to extend my travels an additional 4 months while still staying within budget.

And that includes an expensive, luxury African safari! Shocking?

3. How much did you spend in an average day?

With the $50 a day idea in mind, I needed to spend far less than that whenever I could – remember, $50 a day is for everything, including plane tickets, visa fees, and other non-day-to-day items. As often as I could, which was mostly in Southeast Asia, I tried to have a $25 day. I was often able to do it or come under. And that wasn’t hard. I averaged about $10 a day in India. These inexpensive countries helped to make up for higher daily spends in pricier places like Australia and Spain and big-ticket, off-budget items like the African safari. I kept detailed track of my spending and will break it out to daily averages per country in a future post.

4. Did you rely on credit cards or cash? If plastic, how did you pay the bill?

I relied on cash for my day-to-day and credit cards for everything booked online. ATM’s are ubiquitous around the globe

Side bar: ATMs show up in more and more places each year; however, they are not everywhere. Veering off the beaten path in any locale may also mean that running out of cash requires a day long trip to find a cash machine or “cash point” as it’s often called.

As soon as I turned up in a new country, I would immediately get cash at an ATM. My accounts were intentionally set up at banks charging zero international transaction fees and offering full reimbursement for any and every ATM fee. This was critical, as I would often enter a new country not having any idea how long I would stay, and thus not know how much money I would need. It was important that I be able to “hit the ATM” as often as I wanted without incurring fees.

As for paying bills, I was able to handle all of my bill pay obligations on-line, as wi-fi is universally available (generally speaking). I also had a back-up plan in place via my sister, who graciously handled any needed transactions if I was off the grid for any period of time. ♥

*Bonus fact – you can call any 1-800, 1-888 or other toll-free number via Skype for free (as well as a handful of other country toll-free numbers)! There were a few times I had to contact my bank and being able to do so via Skype was a life-saver.

5. Did you always have companions or were there things you did / places you went alone?

For the most part, I was only as alone as I wanted to be. Staying in hostels is probably the best and certainly the easiest way to meet people traveling, as the environment is uniquely suited for backpackers, solo or otherwise. And backpacker culture in general is welcoming and friendly.

In many places around the globe, it’s easy to spot the travelers and friendships happen quickly. It is not at all unusual to meet someone while waiting for a bus and end up traveling with them for a period of time.

Social media also plays a role – it is not uncommon, for example, to arrive in a new place, “check-in” on facebook and subsequently discover there is a friend-of-a-friend or a travel mate I met along the way who also happens to be in that same place. I came to call this Travel Karma. For the most part, I was most often alone when in transit.

6. Where did you stay? Any hotels or just hostels?

I stayed in hostels whenever I could. Hostel life is perfect for a solo traveler and if you’re willing to stay in a dorm (many hostels also have private rooms), is usually the cheapest deal in town. Other than hostels, I stayed in many guesthouses, people’s homes, a handful of hotels, some cabanas, a few hammocks, a few tents, and out in the wide open in the middle of a few deserts.

As accommodations can easily eat up a significant portion of a travel budget, sticking to the cheapest option as often as I could allowed me to travel so long for so little. And 21st century hostels are really quite excellent! They’ve come a long way since my European jaunt in the 90’s. More on hostel life in upcoming posts!

7. How did you do with local cuisine?

Overall I would say I fared quite well with local cuisine. There is no doubt some good eats the world over. I ate street food and in local markets as often as I could and did my best to stick to “the rules” (in a gist: make sure its cooked; when in doubt: DON’T!). I was pretty adamant about not eating in any chain restaurant that is available in the States, which only ended up happening on small handful of occasions, and really preferred eating local.

Though I tried to be as open-minded as I could with some of the truly foreign food – there was unidentified street meat in Indonesia and guinea pig in Peru (Never. Again.) – I recognize that I am not a particularly “adventurous” eater and I didn’t stray too far out of my culinary comfort zone. If it grossed me out, I didn’t eat it. And I’m ok with that! (Though admittedly, I regret not eating the fried bugs in Thailand!)

8. Your most / least favorite places?

Hands down, my single most asked question. Favorite place – a completely understandable question; however, ironically, the very one I Just. Can’t. Answer. How can I possibly? Each spot is my favorite until I get to the next one. Southeast Asia alone is my favorite. But then there’s India. And Turkey. And Eastern Europe! Love! And I haven’t even gotten to the America’s yet. Bolivia, Colombia, bueno! Do you see the dilemma? All favorites. I want to pick one. I really do. It would make handling this question so much easier. I will continue to try and narrow it down to one and if it happens, you’ll be the first to know. But for now, please accept: I just can’t! 🙂

Does any of this surprise you? Are there other questions you have about travel or backpacking? Drop a comment below. And stay tuned for Part II of this series. If you haven’t already joined the Cheeky Universe mailing list, you can do so here.

Central America – Where I’ve Been